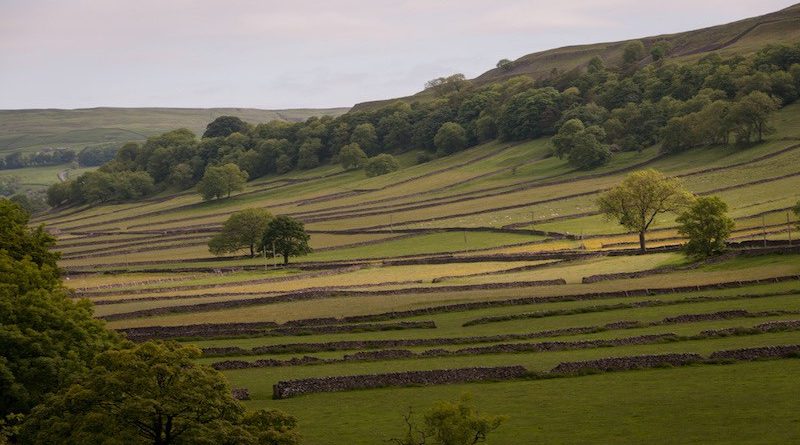 Ticknall Garden Club strayed from its usual subjects when it got a lesson in dry stone walling at the February meeting.Andrew Jackson-Brown, the visiting speaker, has spent the last twenty years perfecting the craft. He explained the rules of construction for a double-faced rubble-filled stone wall built from a trench dug eight inches into firm ground.

Stones are chosen by eye to complete what is rather like a three-dimensional jigsaw puzzle. A few large stones called tie stones run crosswise into the wall to ensure stability. The stones are tightly packed and are overlapped as the layers build to avoid fault lines being created. The wall tapers upwards and finished with capstones in designs to suit the builder. Some are protruding so that sheep or deer are not tempted to leap over them.

If well built, dry stone walls are self-supporting, strong structures that can last hundreds of years. In fact most of the stone walls in this country date back to the enclosure acts of the 1800s when fields as we know them were created. Such walls provide shelter for livestock and animals as well as creating a great habitat for plants and insects.

At least nineteen different styles can be identified in the British Isles with some variations within those.
Andrew showed a range of instructive photographs of stone wall disasters and failures from the locality, some of which had been built quite recently. Most were of poor construction but some demonstrated the unsympathetic results achieved when local stone is not used.

However the audience marvelled at the many examples of his own efforts which included walls in fields, gardens and roads as well as war memorials at the National Arboretum.

The painstaking work of a dry stonewaller surely combines the skills of artist and craftsman.