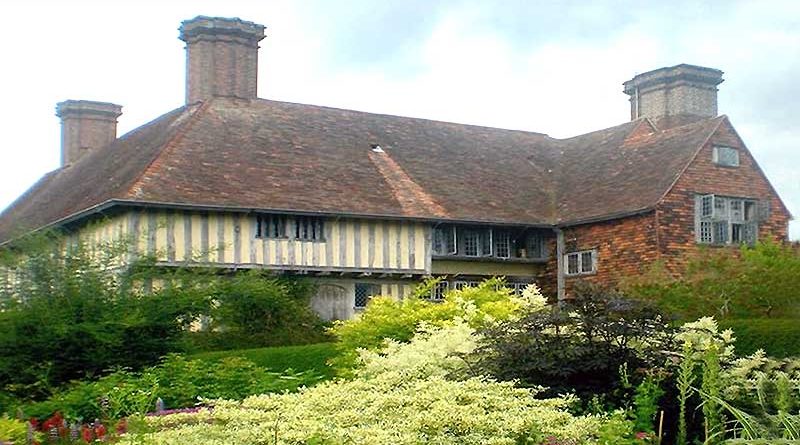 Fergus Garrett from Great Dixter treated Ticknall Garden Club to an inspirational talk at its October meeting. Great Dixter in East Sussex was the family home of Christopher Lloyd who created a world famous garden there.

On his death in 2006 its management was taken over by his head gardener Fergus Garrett. He now runs the charitable trust set up to preserve the garden for posterity. Under the stewardship of Fergus Great Dixter has thrived and also become a respected centre of practical horticultural education particularly for those going into nursery management.

The Arts and Crafts house built at Great Dixter by Edward Lutyens is surrounded by 50 acres of land. Its approach is dominated by a breathtaking mature meadow alive with wild flowers. This adjoins the more formal topiary; hard planting softened with natural planting “a handshake with the wild”. Although this is an unusual combination it does sum up the adventurous attitude to planting in this garden.

Many areas concentrate on producing high impact visual displays which change from season to season and year to year. Fergus encourages experimentation in the garden and advises that if something works then build on it but if it doesn’t then try something new. This belief he applies to colour combinations, foliage shapes, height variations and position. He adopts a three-tier system in a border using contrasting shapes and colours with a dominant shape to draw the eye and add strength to the border. He also favours the testing of plant combinations by planting in pots and then choosing the most successful for moving into borders. Tulips, geraniums and annuals are worth experimentation this way.

Planting at Great Dixter does not always meet with approval from the general public but he stressed that gardeners should satisfy their own personal tastes and do what works for them. This did not mean that there was no permanent planting as he admitted that when successional planting works really well then it is best left alone. The woodland scheme of snowdrops, narcissi and euphorbia set amongst the ferns works well and dense planting suppresses weeds.

Fergus has continued to maintain the dynamic style established at Great Dixter and preserved and enhanced the legacy left by its original owner Christopher Lloyd. He had enraptured the audience with his enthusiasm and wonderful photographs leaving them inspired to be more adventurous in their planting style.