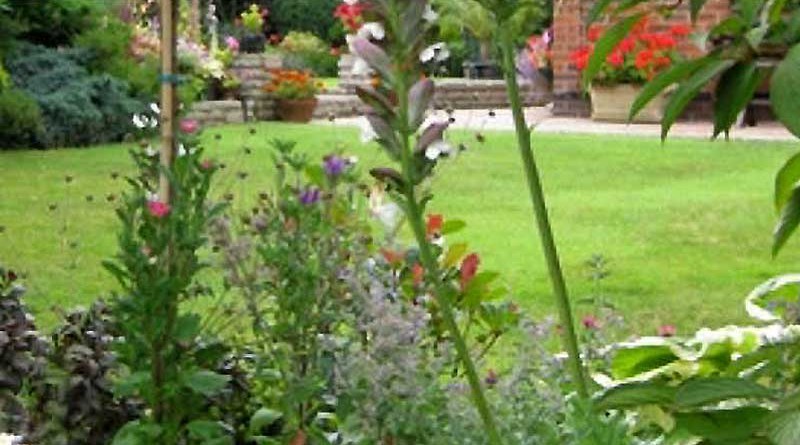 Ticknall Garden Club had a visit from Graham and Judy White at their November meeting. They open their large garden at Woodleighton Grove, Uttoxeter for the National Garden Scheme.

When Graham married his wife Judy, many years ago, he had a dilemma to solve. How would she cope with his insatiable desire to collect things? From boyhood he had collected all manner of items; matchboxes, badges and of course numbers from train spotting. To him they were treasured possessions. To her they were junk!

She was a keen gardener so could the two passions be combined? At first an old garden fork became a plant support, then gradually other old tools were incorporated in the planting. With metal painted black and wood oiled, they looked a treat. Other collections started; old scales, weights of every size, bread tins and trolleys. They were all tastefully arranged and put to good use among the close planting. Judy even began to take the lead in looking for rare and unusual items to add to the ever increasing collections.

At the same time the plant collections blossomed. There were colourful heuchera, calming hostas and cool ferns. There were 170 miniature conifers that grew over the years to towering monsters. A new greenhouse slowly developed a fantastic collection of 400 cacti, all immaculately arranged.

So Judy had been converted. The collecting continues, inside and outside the house, although the attraction of row upon row of empty coffee jars in a garage defeated some in the audience.

A final virtual tour of their garden proved that their joint collections were subtly combined to make a satisfying and very attractive display.