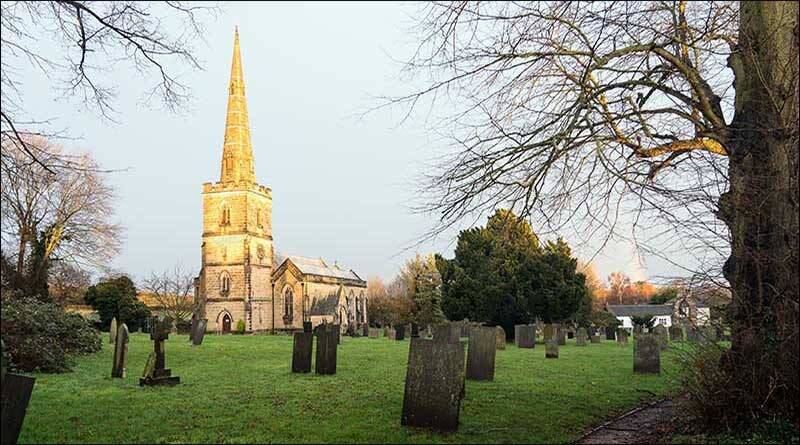 Ticknall parish church is an example of the work of Derby architect Henry Isaac Stevens and was built to replace the old church dedicated to St Thomas Becket. It was consecrated by the Bishop of Hereford Rt. Revd. Thomas Musgrave on 6 October 1842. Remnants of the previous church stand in the churchyard, along with a simple medieval cross. The church contains a pipe organ by J.W. Walker dating from 1869.

The Church and Cross are a scheduled Monument. The cross, which is Listed Grade II and principally of medieval date, was originally a village or market cross which, it is believed, was moved into the churchyard in the 18th century. It is of stepped form, with a base consisting of a plinth, two steps, a socket stone, a shaft and the remains of the cross head. The steps are circular in plan and are constructed of sandstone blocks resting on a plinth of just over 2m diameter.

The socket stone stands on the upper step and is octagonal in plan with step moulding around its upper edge. The shaft, which is also octagonal in plan, stands to a height of approximately 1metre and is surmounted by a large irregular square finial which has been repaired in cement with an iron band.

Although moved from its original location, the cross probably relates to the position of the 18th century south porch and may mark the spot of an earlier cross.