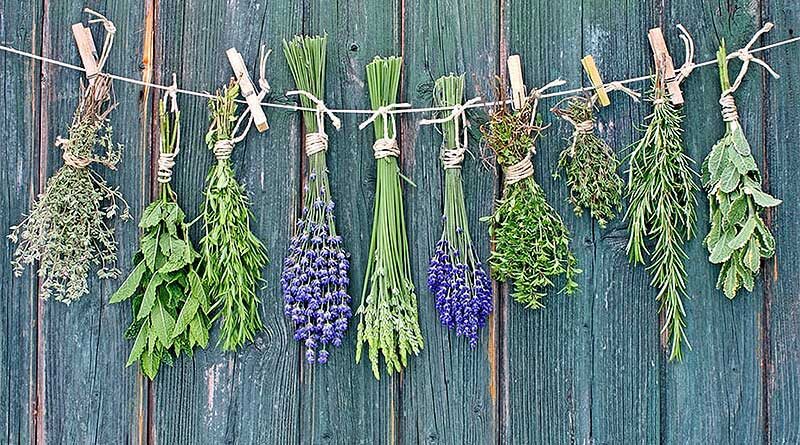 During that journey, he was the first to introduce, the now staple, cosmos to the gardener. Along the way, he established his reputation by exhibiting at all the well-known Flower Shows. During that time, he and his son, who joined him in the business developed skills to show off herb plants to their best advantage. Together they learned how to plan in the round, incorporate colour, varying heights and add landscaping. They were rewarded with many medals. On invitation from Chelsea in 2014 he collaborated on a design for a Peter Rabbit Garden exhibit which deservedly won a gold medal. He assured us that nothing can beat such a prestigious prize. All the grinding hard work, mishaps and worries leading up to the final day are then forgotten.

However, Chelsea was not a favourite on his list of venues being too crowded, expensive and celebrity-obsessed. He had though met many famous people there and showed photographs to prove it. Hampton Court Flower Show was by far his favourite. It had a lovely setting with plenty of space and more to attract the ordinary gardener.

If making a herb bed choose a sunny aspect with poorish soil and good drainage. Mint needs its roots confined. Many need a good trim at the end of the season to prevent legginess and produce fresh new leaves. They are usually hardy except in an extremely cold winter when rosemary and lavender may not survive. Bay trees in pots will repay insulation around its base. Bay also likes to have regular feeding, unlike most other herbs.

Most herbs are easily grown from seed. Plant a pinch of seed in individual modules to avoid too much root disturbance when transplanted. They are excellent for growing in containers. Basil needs to be grown under cover in pots. Coriander has a short season so needs successional planting to ensure a regular supply of leaves. There is a vast choice of herbs to choose from. He mentioned blackcurrant sage, Moroccan mint and red leaved sorrel as ideas. He also commended the wide variety of spreading small-leaved thymes on offer.

Malcolm was a true enthusiast and did a brisk trade selling his plants with more to offer on his website.

See also: Perfume in the Garden