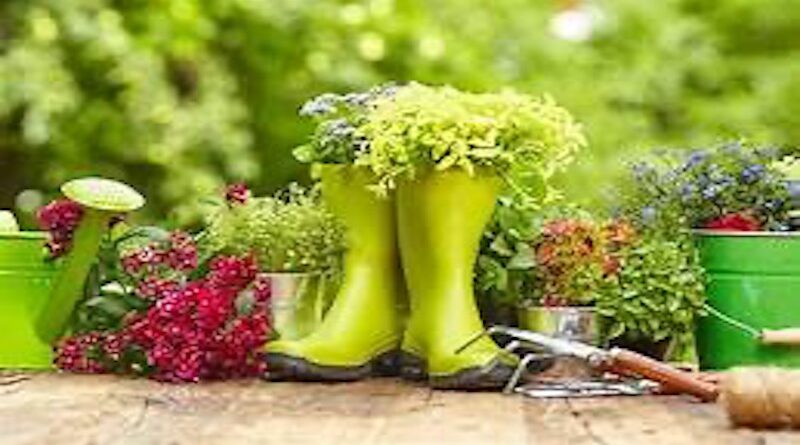 Ticknall Garden Club anticipated that an interesting evening was in store on Tuesday, November 9th when Darren Rudge came to give a talk entitled “Teabags, Bras and Tights”. They were not disappointed. His theme of sustainability in the garden and a return to many of the forgotten ways of the past met with interest and approval.

Many simple remedies for pests and diseases on plants have been supplanted by expensive commercially produced solutions. He explained how a return to basics would be more sustainable. One soluble aspirin dissolved in 1 pint of water makes a feed for houseplants. Epsom salts contain magnesium sulphate which is essential to plant growth. Applied as a foliar spray it improves flowering and leaf colour. Baking soda can be used as a fungicide and a remedy for black spot. Surprisingly, lard was dug into the ground as a fertiliser in years gone by. Banana skins contain potassium which promotes vigour in plants. Cut them up and hoe in around plants or add to the compost heap. Milk contains valuable nutrients for humans and does the same for plants. It can feed the soil and be sprayed on foliage to reduce mildew and also act as an insecticide. Teabags steeped in water for three weeks makes a liquid feed for acid-loving plants.

But the humble bar of soap turned out to be the really versatile miracle-worker! It kills pests, particularly aphids; repels deer; sees off slugs and snails; cleans up houseplants; added to water makes dry soil more absorbable and lubricates saws a treat.

It was no surprise that recycling was encouraged, and photographs showed shower caps used as plant propagators; tights, bras and boots planted with flowers and horsehair and crushed eggshells acting as slug deterrents.

The speaker described how you can repurpose silicone sealant as a support for climbing plants on fences and walls. Coloured wallpaper paste aids the planting of fine seeds. However, he did not recommend Gertrude Jekyll’s eccentric use of a shotgun for scattering her seeds for naturalistic planting!

A surprising interlude in the evening featured the invitation to sample his homemade marrow rum and weed wine! Those brave enough to try expressed their approval and surprise that the weed used was Japanese knotweed.

Darren Rudge had been an entertaining speaker who was convinced that sustainability in gardening was achievable whether through recycling, repurposing, reusing or learning from the past. It had the added bonus of saving money into the bargain.