Elvaston Castle Country Park is a 315-acre estate which contains a Grade II* listed House and Gardens and a designated Local Nature Reserve (LNR). The LNR and the Parkland are also recognised Nature Conservation Areas, visited by hundreds of thousands of people for health, recreation and fitness annually.

There are archaeological remains going back through every historical era to at least the Mesolithic Period and the bones of bear, deer, ox, hippopotamus, elephant and rhinoceros have all been found in the general area.

Part of the Park lies on top of a Regionally Important Geological and Geomorphological Site (RIGGS), which dates back to the Ipswichian Period, an interglacial time which began approximately 127,000 years ago.

A Bronze Age burial site is also thought to lie nearby, close to discoveries pointing to a large number of Bronze Age artifacts in this part of South Derbyshire.

This wealth of historical remains is all under threat if a new two-lane road, built on a one-metre high embankment, is built across Elvaston Castle Country Park.

Despite being cherished by visitors the Estate has suffered from years of neglect by DCC, which has sought to dispose of it by leasehold under various unpopular and inappropriate schemes, including, a golf and hotel complex, timeshare holidays, and pockets of residential housing over the last twenty years, whilst at the same time retaining ownership of the land.

Now, DCC and its Trust plan to remove the main car park and possibly the Show Ground, around 40 acres of the Park, and rebuild them inside the remaining parkland, reducing it even further.

It also proposes to build a new two-lane road through untouched fields in what remains of the rest of the Park, culminating in two massive car Parks holding around 700/800 vehicles, built directly adjacent to the LNR, again, on open fields never before built on.

In order to provide new access to the Park, a roundabout is to be built on the B5014 Shardlow Road, around 200 metres from the main Raynesway/A50 link roundabout. All traffic using the B5010 (including the heavy lorries and coaches that use the route daily) will have to negotiate this roundabout, with acceleration/deceleration, braking, and gear changes adding to the potential noise and pollution in the area, which will be even greater if hold-ups stretch back across the main A50 roundabout on busy days at the Park.

All vehicles accessing the Park will use this road. The pollution and environmental damage is immeasurable and will devastate Elvaston Castle  Country Park. These measures will contravene declared national climate change targets as well as those of both Derby City and Derbyshire County Councils.

DCC has already hired a company to oversee this work, at a cost of £179,000 to the taxpayer, whilst ignoring alternative proposals suggested by ECAG and a 10,500 signature public petition against the road plans. 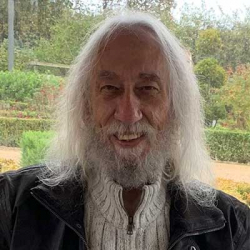 Graham Mansey
A retired events organiser, book and record dealer, Graham is the Chairman of Friends of Elvaston Castle