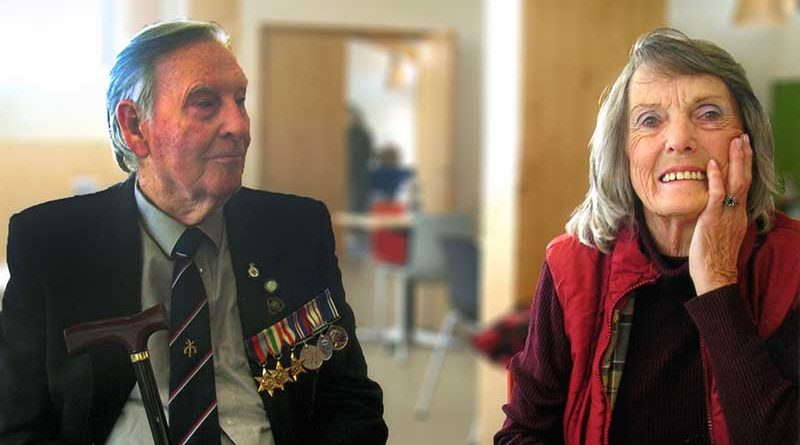 The 2016 Annual General Meeting of the Neptune Association was held at the National Arboretum at Alrewas. Captain Craig Mearns from the Clyde Naval Base HMS Neptune attended and the meeting concentrated on the search for and discovery of the wreck of the Neptune.

A service was held for HMS Neptune and HMS Kandahar at the Neptune Memorial.

John and Rosemary Oliver of Main Street Ticknall have attended every Neptune event since the completion of the memorial and on this occasion Rosemary was asked to present the wreath. 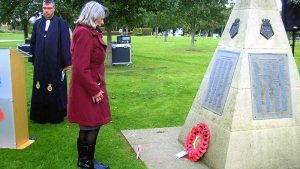 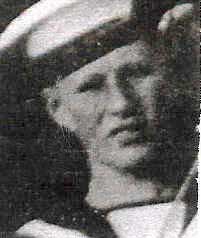 The Cruiser HMS Neptune sank with the loss of 764 officers and men on the night of 19 December 1941. Just one man was rescued by an Italian torpedo boat, after 5 days in the water. Among those missing presumed dead was John’s brother, 20 year old Thomas Oliver.

There is more information about the loss of HMS Neptune on the association’s website at http://www.hmsneptune.com/ .

John and Rosemary acquired a ceramic poppy in memory of John’s brother for the spectacular display at the Tower of London and a similar poppy was returned to them which is now in a bracket to the right of the memorial in St Georges church Ticknall.