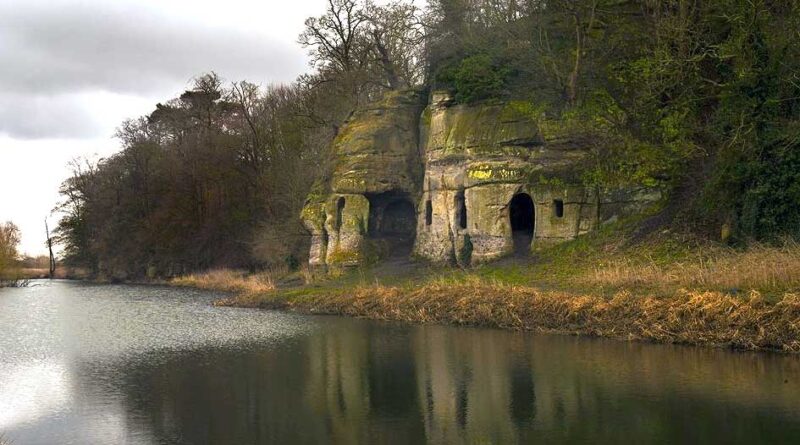 Local folklore has it that Anchor Church has associations with Saint Hardulph - believed to be former king Eardwulf.
Local History Locality
Andy Austen 15 July 20218 May 2022

The Grade II listed Anchor Church has long been known as an Anchorite Cell. However, a recent study suggests that the dwelling, which includes a small oratory – or chapel – is likely to be from early medieval times. Archaeologists from the Royal Agricultural University’s (RAU) newly-formed Cultural Heritage Institute, working with colleagues from Wessex Archaeology, have conducted a detailed survey and produced a paper (comprehensively researched but not peer-reviewed) attracting some media interest.

We know that the caves pre-date the Burdett’s use of them as a place to have their pudding on a summer’s evening because in April 1658 “Ye foole at Anchorchurch” was buried at Repton. This does not sound like the burial of a revered and holy person so we must assume the cave was a dwelling at that time.

It has always been understood locally that the cave is old and mostly man-made and had religious uses in its past – although there is actually scant evidence for this. In 1789 William Bagshaw Stevens (Head Master at Repton School) wrote a three Stanza poem describing a boating trip from Repton to Anchor Church and was clearly in the belief that he was going from one very holy place to another.

Other studies have also proposed an early date and Foremark’s name in the Domesday Book of 1086 is Fornewerke a Norse (Viking) word and interpreted as old fortifications or works. With the River Trent flowing right past the caves, the Great Heathen Army would have passed within yards and the caves may be the reason for the name. That would date them to some time before 873 at the latest. Today, because the main flow of the river has changed, the water at the caves is just a backwater.

While such caves were often associated with medieval hermits, there was also a legendary association between the Anchor Church Caves and Saint Hardulph, who died in around 830 and was buried at Breedon on the Hill in Leicestershire. A fragment of a 16th Century printed book states “Saint Hardulph has a cell in a cliff a little from the Trent” and local folklore identifies these caves as those Hardulph occupied.

It was not unusual for deposed or retired royalty to take up a religious life during this period, gaining sanctity and in some cases canonisation. However, Breedon is a limestone outcrop less than five miles from the Trent and, with remains of a much earlier iron age camp, might just as well have been a site for his cell.

It is believed that some of the surviving sculptures in Breedon’s Church of St Mary and St Hardulph, which was founded as a monastery in the seventh century, came from his shrine.

There is a suggestion that St Hardulph was the deposed King Eardwulf of Northumbria and came and prayed here. There is a theory that he is buried at Breedon but this seems to be based largely on the fact it’s the only church dedicated to him. However, it is possible because there is archaeological evidence suggesting a hermit’s cell there.

Christianity was brought to pagan Mercia by four missionary priests in 653AD and would have been in the Ionian (Irish) tradition (some call it Celtic) and the idea of hermits and solitary lives devoted to prayer was part of their culture. It was not until the Synod of Whitby in 664 that the Roman traditions were adopted. So the famous, royal, Benedictine monastery at Repton was of that earlier culture and about 697, St Guthlac, a bad lad who reformed, became a Benedictine monk at the monastery at Repton. Two years later he set off down the Trent to seek somewhere for a hermitage. He ended up at Crowland. So the notion that Anchor Church is an early hermitage site connected with Repton is very plausible.

Another theory is that Anchor Church was an Anchorites cell – where a holy person would be walled in for a whole life of prayer. Geographically, Anchor Church is much closer to the religious house that was at Repton and the logistics of feeding and supporting an incarcerated Anchorite would be important considerations. So the link to Breedon is tenuous.

Edmund Simons, principal investigator of the RAU project said: “The architectural similarities with Saxon buildings, and the documented association with Hardulph/Eardwulf, make a convincing case that these caves were constructed, or enlarged, to house the exiled king. This makes it probably the oldest intact domestic interior in the UK – with doors, floor, roof, windows etc – and, what’s more, it may well have been lived in by a king who became a saint.”

The area around the nearby village of Repton was the location of intensive Viking activity and shortly after Hardulph’s death; the Vikings set up a winter camp at Repton.

Researchers say a rock-cut pillar is similar to those found in the Saxon crypt at nearby Repton which is believed to have been completed by the Mercian King Wiglaf who reigned as King of Mercia from 827 until his death in 839.

They suggest that the narrow doorways and windows of the rooms in the dwellings closely resemble Saxon architecture. However, this seems to ignore the fact that hewing sandstone is hard work and the suggested similarity between the remaining rock-carved pillar and the pillars in Repton Church’s crypt is dubious.

The caves are thought to have been modified in the 18th century, with changes including the addition of brickwork and window frames, and the opening up of some of the wall openings. 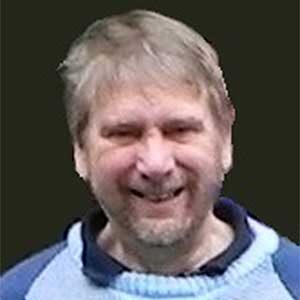 Andy Austen
As well as having an interest in the history of churches, Andy is also the bell tower captain at Hartshorne.

As well as having an interest in the history of churches, Andy is also the bell tower captain at Hartshorne.