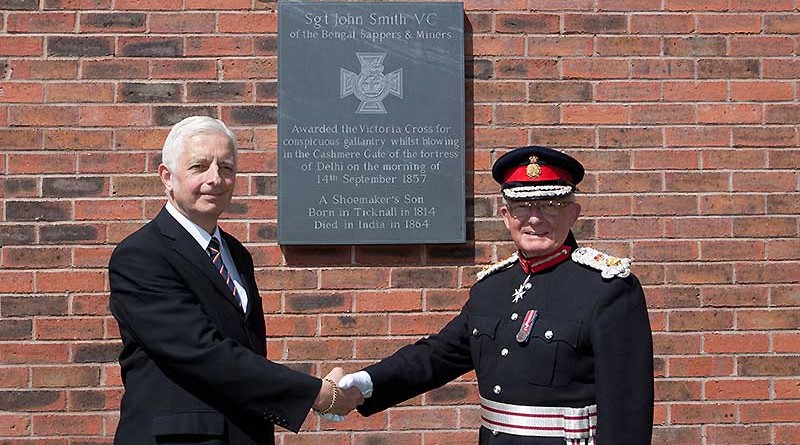 The plaque is the only one in Derbyshire to honour Sgt. John Smith VC.

Her Majesty the Queen was represented by William Tucker, HM Lord-Lieutenant of Derbyshire who unveiled the plaque which is mounted on the South wall of the Ticknall Village Hall. It was a glorious occasion held in the village hall grounds. Afterwards, we enjoyed afternoon tea in the village hall.

We were so pleased to see that many local people were in attendance to witness this very important day in Ticknall’s history, which was to honour a local Shoemaker’s son, a very brave man who through his gallantry in India was awarded the Victoria Cross.