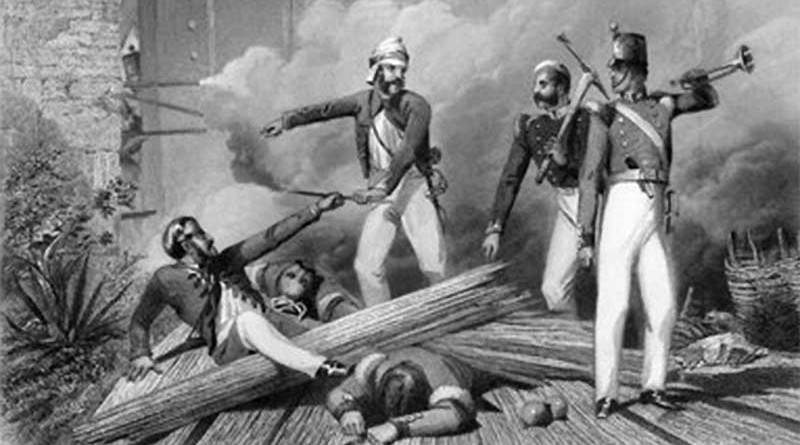 John Smith, the son of a shoemaker, was born in Ticknall in 1814, and lived in a cottage between 57 and 69 Ashby Road. The cottage is no longer on the site, which is now a field between the two houses.

John Smith went to India and joined the Bengal Sappers & Miners, and saw action, and was awarded the Victoria Cross for conspicuous gallantry whilst blowing in the Cashmere Gate at the siege of Delhi in 1857.

The Victoria Cross is this country’s highest honour and is very rare.

“For conspicuous gallantry, in conjunction with Lieutenants Home and Salkeld,
in the performance of the desperate duty of blowing in the Cashmere Gate
of the fortress of Delhi in broad daylight, under heavy and destructive fire of musketry,
on the morning of the 14th September 1857, preparatory to the assault.” 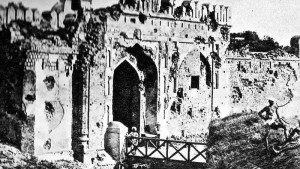 John Smith was the only soldier to survive the attack.

John Smith married an English widow in India and had four daughters.

He should have looked forward to a peaceful retirement. He owned two bungalows in Meean Mir, had 5,000 rupees in the bank, his four daughters Isabel, Eliza, Emily and Frances were educated at the convent school in Mussoorie. He had succeeded in achieving far more success than might be expected of a poor shoemaker’s son from Derbyshire.

He never returned to England but was concerned about his Ticknall family and sent money to his father and sister.

John Smith died in India in 1864 of dysentery at Jallandur. He was buried with full military honours in the Artillery Cemetery. His property and possessions were left to his widow Mary Anne, making special mention that she should receive his three horses, his pony and his medals.

His brother Francis moved to Uttoxeter, and from this line, John Smith’s great, great, great niece, Alison Ward, has written a piece about John Smith of which she had kindly let us have a copy. Included in the information she has given to us is an article that was put into the local paper at the time and also a letter to his sister.

Alison Ward has also told us that John Smith gave his Victoria Cross to his brother Francis which was passed down her line along with his sword and the standard that was draped on his coffin.

The VC was later given to his nephew’s widow, and has subsequently been lost. We know that it was sold at Sotheby’s in 1989, and is now in private hands.