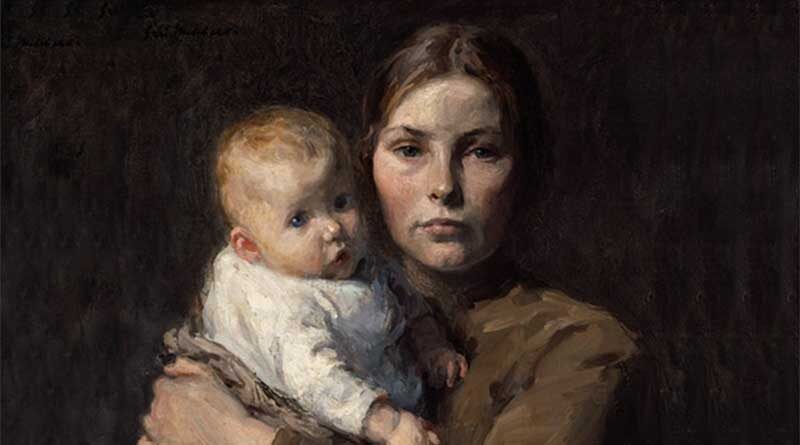 Following on from my last article about illegitimacy, this piece looks at three cases of illegitimacy within the same family; mother, daughter and granddaughter. Each has a different conclusion.  In the case of the granddaughter, we question how mothers of newborn babies were treated, when they were obviously struggling with what we would see today as Post Natal Depression.

We start the story not in Ticknall, but in Mackworth, when Ann Maddocks was baptised on the 1st April 1835. Her parents William and Maria had only been in the Church one month before, in order to be married. This was perhaps the best solution to the possibility of an illegitimate child; the marriage of the father and mother before the baby was born. Of course, we have no proof that William was actually the father. He could have been a kind man who married Maria to save her from disgrace. They certainly left it late to tie the knot. Maria would have been heavily pregnant at the time giving rise to a few tut-tut’s from the locals. Mackworth, at the time, was a tiny village (the 1851 Census for Mackworth was all of 19 pages), so no escape from scandal here. They went on to have seven more children.

In the 1851 Census, Ann, now aged 16, is in service as one of two house servants in the home of John Swanick, a retired Surveyor, in St Mary’s Gate, Derby.[1] In 1856 Ann gave birth to an illegitimate daughter, Mary, in Derby. It is pertinent that she did not return home to Mackworth, but instead chose the anonymous town of Derby. It is perhaps also important to point out that her mother had died the previous year and so perhaps returning home to her father was not an option.

Ann wanted to keep Mary and she was lucky that she had an aunt and uncle living in Derby who were willing to take care of Mary while Ann worked. John and Mary Pegg lived on Ashbourne Rd and they had two daughters who were old enough to help with the child care. Mary Pegg was Ann’s mother’s younger sister. So this is where we find Mary in the 1861 Census.[2] Ann, meanwhile was back in service (the only occupation she knows) as a House servant to Sampson Massey and his sister Mary who run a farm in Swarkestone.[3] Later that same year, Ann married Phillip Brooks, a widower who is 25 years her senior. We don’t know whether Mary then came to live with them or not. Unfortunately, some time in the next six years  Phillip died, but Ann married again to George Dolman in Ticknall in 1868, again a man much older than herself. George was a Cordwainer and in 1871 the two of them are living in Ticknall.[4]

Mary would have been15 in 1871, but she is not with her mother, nor is she still with her aunt and I cannot find out where she has gone. She is probably in service somewhere.

In 1871 Ann’s second husband died, but she wasted no time in marrying again to Thomas Cook, the following year,  this time choosing a younger man. In 1876, Ann’s daughter Mary returned home to her mother, heavily pregnant with an illegitimate child. It’s good that Mary felt she could go to Ann, and would not be turned away. On the 24th November Mary gave birth at Ann’s home.

According to newspaper reports, Mary had been in service at Southport Lancs, and had been courting a young man, who after leaving her pregnant, had taken her money and disappeared. She appeared greatly distressed about this. After the birth, Mary’s state of mind began to deteriorate, and she several times expressed a desire to kill herself and asked her mother and Thomas to kill her. Ann and Thomas were so worried about her that they employed a nurse, Eliza Wilton, to care for her. On the 12th December just over 2 weeks from the birth, Ann left Mary for an hour, with the baby asleep on the sofa. She returned to find the baby immersed headfirst in a panchion of water. It was dead. Mary was arrested and admitted straight away that she was guilty. She said that the child was crying and she couldn’t pacify it, but she didn’t know why she had killed it.

At the trial in March 1877 witnesses were called to testify to the unbalance of Mary’s mind at the time. The jury found her not guilty on the grounds of insanity. The judge ordered that Mary be confined during her Majesty’s pleasure. [5]

Mary spent the rest of her life in Broadmoor Criminal Lunatic Asylum.[6] I cannot find her death, but it was unlikely that people were released from Broadmoor in those days.

It is sad that these days Mary would perhaps have been diagnosed with a severe case of Post Natal Depression before the events of that terrible day and after receiving treatment could have been reunited with her child.

As an interesting end to the story, in 1881 Thomas and Ann, still living in Ticknall had their niece, Maria Maddocks aged 5, living with them.[7] I’d like to think that she was the illegitimate daughter of one of her younger sisters, who she was looking after, just like her own aunt looked after Mary.