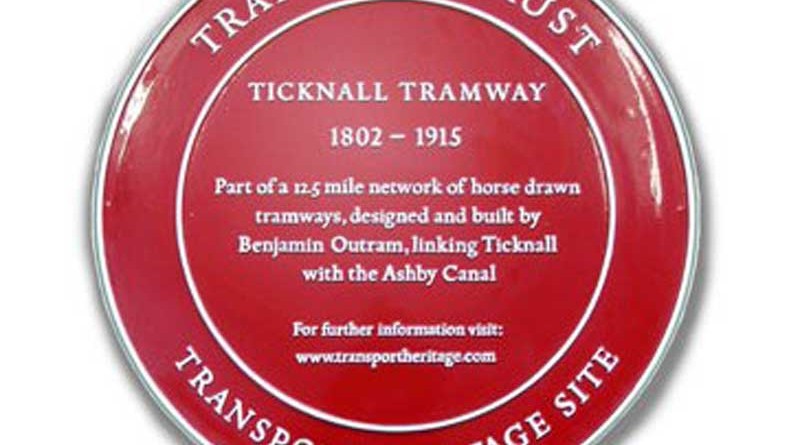 The Ticknall Tramway was a primitive form of horse tramway which was born in the Canal Age and survived long into the Railway Age. For a distance of 8 miles, it wound its way through the rural areas of North Leicestershire and South Derbyshire.

As much of this area is woodland or pasture, many remains of the passage of the tramway survive to the present day, unlike other pioneering tram-roads in industrial areas, which have mostly disappeared.

Meanwhile, please set aside a few minutes to watch John Hudson’s excellent video about the construction and operation of the tramway from Ticknall to canal basin in Ashby-de-la-Zouch.

This flight simulation, powered by Google Earth, follows the course of the tramway from Ticknall, through the streets of Ashby-de-la-Zouch, to Willesley Basin in NW Leics, a route which included three tunnels and possibly the world’s oldest surviving railway bridge, the Ticknall Arch.

Our main Ticknall Tramway article can be found here.