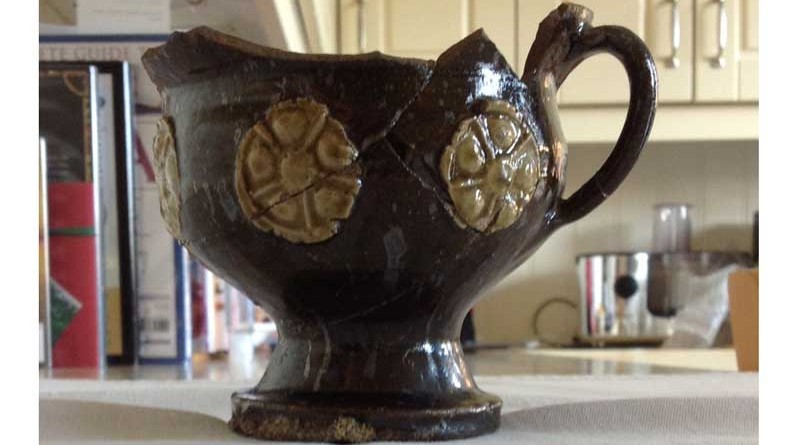 Before our house was built some forty years ago there was, according to local history, evidence of a pottery on the site. Nobody can be sure of exact dates but pottery finds in the garden of our neighbour have been dated to around the fifteenth to sixteenth century.

Many people in the village already know that pottery was made at Ticknall for at least four hundred years and once production had finished the land reverted to agriculture including our back garden and those of our close neighbours, as well as other houses in Ticknall.

It was when we kept digging up bits of highly glazed pottery sherds that I decided to join the Ticknall Archaeological Research Group (TARG), and find out more about this intriguing subject of archaeology, and Ticknall pottery in particular.

The rest, as they say, is history!

On an unusually warm and sunny day in early November 2014 a small army of TARG volunteers came to start what was scheduled to be a one day dig. The chosen site, was a space formerly occupied by a derelict greenhouse that had been dismantled. Underneath the paving slab base was an eight by eight foot soil top already showing bits of Midland Purple sherds.

Seven days later, on a wet and cold afternoon the last of our volunteers had to be almost prised out of her muddy digging spot four feet down clutching the final piece of decorated Cistercian ware. Even our professional archaeologist David Budge, risked a pelting of soil and stones as the site was filled in, such was his enthusiasm to rescue interesting pottery rims, bases and handles that had been overlooked during the early days of the dig.

In addition to buckets of Midland Purple ware excavated, a substantial amount of decorated Cistercian ware was found, as well as evidence, although inconclusive, of kiln furniture showing that the area close by would have been a pottery including a working kiln.

The many finds are still being analysed and recorded and, in due course, a professional report will be published confirming approximate dates, but at the moment it is believed the recovered Cistercian ware dates around the 1450-1550 period of time.

Many thanks must go to the professionals; Sue Brown, Janet Spavold, Barbara Foster and David Budge for their support, advice and enthusiastic help. Equally, without the voluntary aid of Harold, Annette, Sybil, Anne, Julie, David, Martin, Colleen and everyone else who dropped in, plus a long-suffering husband- Nigel- the dig would not have happened and we would not have found this important part of Ticknall’s local history.

If you want to find out more about the background to the extensive pottery industry in Ticknall, as well as the social and economic life of our village you can make a start by reading Janet Spavold and Sue Brown’s book entitled Ticknall Pots & Potters’ published in 2005 by Landmark Publishing.

In the meantime, have a look at some of the photos of our Cistercian ware pottery finds, and maybe, like me, you will be inspired to have a little dig in your garden. Who knows what you might find! 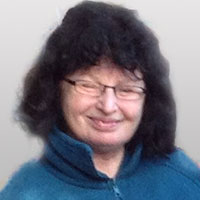 Maria Picken
One-time Head of English at Loughborough, Maria is into pottery, both as a maker and through archaeology.

One-time Head of English at Loughborough, Maria is into pottery, both as a maker and through archaeology.