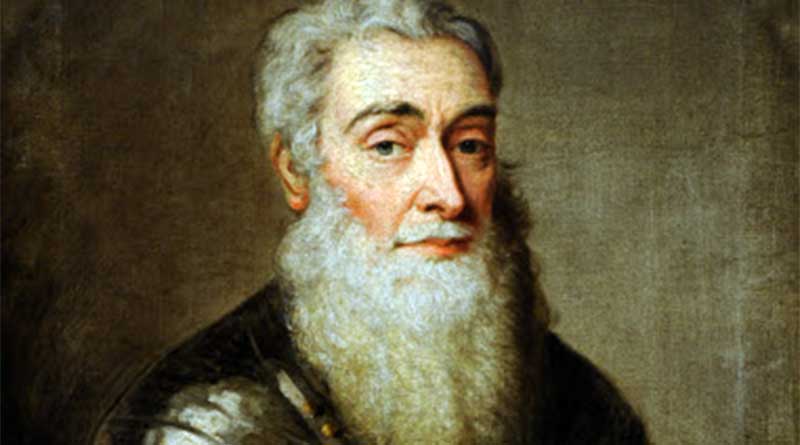 Henry Harpur was born in 1579, the third son of Sir John Harpur and his wife Isabella Pierpont, at Swarkestone Hall. Henry was not the first son, nor heir to any title or house, but on the death of his father in 1622 Calke house was purchased for him, and the first Harpur took up residence in what was a very different house  from the one we see today. No images survive so we can only imagine what Henry’s house looked like, having evolved from the original Augustinian priory with additions and alterations through the years.

Henry married a young widow, Barbara Beaumont, born Barbara Faunt, of Foston, Leicestershire. She had married Henry Beaumont, of the Grace Dieu estate, in 1604, but he died in 1605 before the birth of his daughter, another Barbara. This child went on to marry John Harpur, a nephew of Henry Harpur of Calke it is said at the age of 13 or 14, and this marriage and her inheritance were the subject of much legal wrangling, named  Henry Harpur’s Case by the foremost legal mind of the time, Sir Edward Coke. He was involved in the most prominent trials of the time, such as that of Walter Raleigh and the conspirators in the Gunpowder Plot, before eventually falling  from favour. Barbara Beaumont’s marriage was eventually declared legal, and according to Debrettes she was declared the sole heiress of the Beaumont Estate. Her second marriage was to Sir Wolston Dixie of Market Bosworth.

Before marriage Henry Harpur had been educated at Brasenose College, Oxford, before being entered at the Inner Temple, to follow in the family legal tradition.

By 1625 Henry held the office of Sherriff of Derbyshire. At this time he had no title and was merely Henry Harpur Esq, but in 1626 he purchased the title of Baronet from King Charles 1st, which elevated him, not to the peerage, but to the highest level of commoner. The king was selling titles to fund his almost constant wars in Ireland, and “our” Henry became Sir Henry Harpur, and could use the emblem of the red hand of Ulster on his coats of arms. There are many fascinating legends attached to this image!

Sir Henry and Lady Harpur produced three sons and six daughters, and when he died in 1639 the financial provisions for his widow and younger children left little to his son John when he inherited the title . . . . to be continued.

Before continuing on to the second baronet it is interesting to follow the fate of some of the first baronet’s siblings.