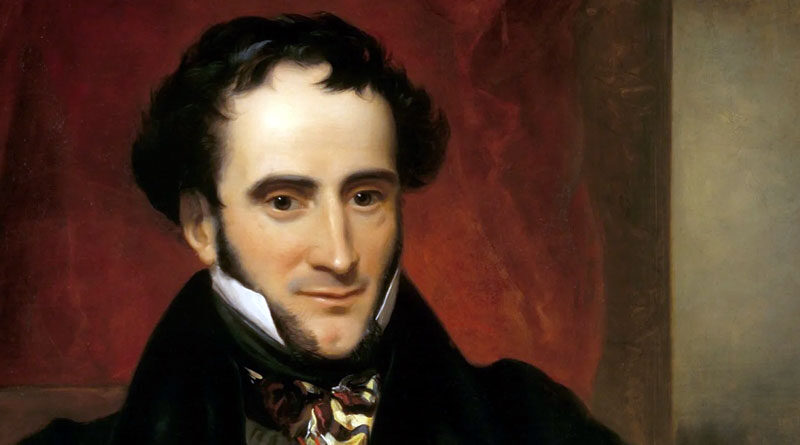 Well, we’ve had John the builder, Henry the thinker. ‘Harry’ the racing enthusiast, Henry the ‘isolated’ and now we have George the ‘enigma’.  He saved the estate, he was religious, he had frail health and suffered mental turmoil – but let’s have a look at him.

He was born on the 1st. February 1795.  After being tutored at home he went to Rugby School in 1806 at the age of 11 but did not go home on vacations. His diaries tell us that he spent these with the Skipworths at Newbold Revel, where he was first taken by the wife of his housemaster, the Rev. R. R. Bloxham*.  Mrs Bloxham was born Ann Lawrence and was the sister of Sir Thomas Lawrence, the portrait painter and a friend of the Harpur Crewes.

He did not go on to university but was sent to the Revd. Thomas Allsop, who was the incumbent at Fressingfield, in Suffolk, to be tutored there. Here, again, we have a mixed picture. George, in his private writings, always seemed to be complaining of being short of funds whereas it has been found that he had an allowance of £500 a year (about £40,000 today).  It was during this time that he met Jane, the daughter of the Rev. Thomas Ayton Whitaker, the incumbent at Mendham, on the Suffolk/Norfolk border. This was, obviously a love match, but it would seem that his father did not approve. However, within a few months of his father’s death in February 1819, George and Jane were married.

And so George came home to Calke Abbey for the first time since he left to go to Rugby but, this time, he was 24 years of age, a baronet and a married man. He found that his father had died intestate and that the accounts were, to say the least, in poor condition. He toured the estate and was appalled at the sight of the poverty in which some of his tenants were living, especially in the Staffordshire region. He immediately set out to alleviate some of these conditions – he was, particularly, struck by the conditions in which his tenants in Flash were living, (this is the highest village in England and very exposed to bad weather) and handed out blankets and warm clothing whilst he started to improve existing cottages and build new ones. In all, it is estimated that he renovated or built around 1,000 dwellings.  He was also responsible for the building of schools.

He was aware of his duties. In 1832 he wrote of the fact that his business as ‘a magistrate, and country gentleman’ prevented him from carrying out his duties properly regarding his son, John’s, education. He, therefore, engaged the Revd. Andrew Bloxham, * as a tutor. (Andrew was the fourth son of Sir George’s tutor at Rugby although Sir George refers to him as ’third son’).

But Sir George was also busy in Ticknall and at home. The Church at Ticknall was in a poor state, so he brought in Henry Isaac Stevens to build a new one that was then called St. George’s.  He also brought Stevens to the house to remodel the top of the Saloon, with compartments for the portraits. (I have always wondered that the portraits are of the same size; was this the Victorian equivalent of the 8×10 photograph?)

Meanwhile, back at home, Jane was busy bringing up their seven remaining children. John was born in 1824. Then there was a gap until Henrietta, who died young, in 1829. with the rest following on. On the subject of children, George’s sister, Selina, married William Stanhope Lovell and their daughter, Georgiana, married Sir John. Jane lived on for some 25 odd years after Sir George’s death.

And so, we come to George the Parliamentarian. Although reluctant to stand, because of his poor health, he was voted into Parliament as a Whig in 1835 and was returned, unopposed, in 1837. He carried with him his strict beliefs and tenets, causing him to be described, rather sneeringly, as ‘too conscientious to be a member of Parliament’. It would appear that he spoke little in the House but wrote open letters on subjects about which he felt strongly e.g., he was adamant in his support of the observance of ‘The Lord’s Day’ and, in 1836, presented an address to the King, on the subject, on behalf of the Derbyshire Clergy.  He retired from Parliament through ill health and, in 1845, died after a short illness, of acute bronchitis.

So, there, we have a vignette of Sir George; a High Sheriff, a JP in three counties, a Deputy Lieutenant of Derbyshire, a Trustee of Rugby School, a loving family man, an outspoken supporter of the poor, a builder of churches and schools – one could go on but, in closing, one cannot help wondering if his frail health was exacerbated by the house – anyone who has spent any length of time in Calke Abbey in the winter, will know what I mean.

* We simply say of George that he went to Rugby School but the story shows that it was something more than just that. In January 1806, aged 11, he was registered into Bloxham’s House. (Dr Richard Rouse Bloxham, House Master and Assistant Master from 1790 to 1828).  In 1838 Sir George was elected as a Trustee of Rugby School, a post he held until he died.

Rouse Bloxham had six sons, one of whom, Andrew, went with the ship, HMS Blonde, carrying the coffins of the King of the Sandwich Islands and his wife, who had died on a visit to London, back to the islands – referred to, in one statement, as ‘orwhyhee’. His function was to collect botanical specimens. On his return, he took holy orders and was the vicar of Glenfield when Sir George approached him to tutor John until he was ready to go to Rugby. Andrew Bloxham was resident in Calke Abbey for three years.