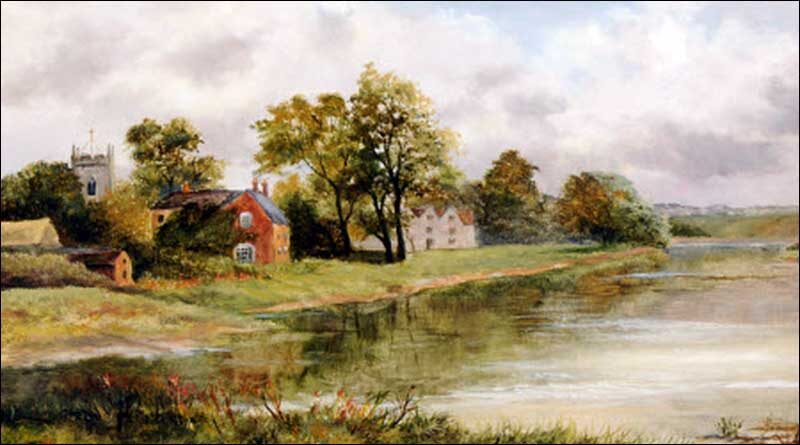 Just like many large houses in England, one family governed the lives of the residents in that house, and often that of the surrounding estates.

Calke Abbey and its large estates in Derbyshire and Staffordshire was one such, but unlike many others this one stayed under the protection of one family, the Harpur Crewes, until its acquisition by the National Trust in 1984/5. Even this tremendous change did not, at least to external eyes, change the essential character of this place. Not a palace, but a family home, passing from father to son, through ten generations, from 1622 until the death of the last male heir in 1921.

The house and rather diminished estates passed to the National Trust in 1984/5. It stayed under the watchful eyes of the family, but with the passing of the last true Harpur-Crewe, Miss Airmyne, in 1999, it became a true National Trust property. Many changes have taken place, but thanks to sensitive conservation, the character of this house remains true to its roots.

The Origins of the first Calke baronet

Henry Harpur 1st Baronet at Calke was born in 1579, the third child of twelve of Sir John Harpur and his first wife Isabella Pierr[e]pont, at Swarkestone Hall. It gets a little complicated here but stay with us. Sir John married again, to Elizabeth Noel, daughter of Andrew Noel, but she had been married twice before. By one of these, to Anthony Faunt, she had a daughter, who as Barbara Faunt married Henry Harpur who later became the first Baronet at Calke. To further complicate the story Barbara was actually the young widow of Sir Henry Beaumont, by whom she had a daughter, also called Barbara. This Barbara went on to marry Henry Harpur’s nephew, another John Harpur, of Hemington. Widows who were heiresses were usually quickly married again into another – or in this case the same – grand family, with arranged marriages being the norm. And you thought today’s marriages were complicated!

Swarkestone Hall, now long demolished – depicted in our featured image above – was acquired by Henry’s grandfather, Richard Harpur who married the heiress Jane Finderne or as some would spell it Fynderne, daughter of George Finderne, and granddaughter of John Port of Etwall, whose wealth founded Repton School. These families, through marriage and inheritance were closely linked, and their names appear frequently in the early rather confusing Harpur history.

The political situation in England in these times was turbulent and complicated, with families divided and neighbour set against neighbour. Queen Elizabeth was the Protestant daughter of Henry VIII, Catholic turned Protestant, in order to marry Elizabeth’s mother Anne Boleyn.

Political life at this time was heavily linked to religious life and Henry’s father John, a highly respected JP, was accused by Robert Bainbridge, the strongly Protestant owner of Calke at that time, of recusant sympathies. (A recusant was one who refused to follow Protestant services). Even the suggestion of Catholicism in a Protestant ear could lead to a spell in the Tower, or worse.

As a result of this John Harpur spent some seven weeks in London’s Fleet prison, before being released and returning to favour, and in the final year of Queen Elizabeth’s reign was able to resume his place on the bench as a JP. In 1603 he was knighted by King James after the death of the Queen. King James 1st of England was also James 6th of Scotland, the son of Catholic Mary, but Protestant throughout his life.

Into this unrest and uncertainty Henry Harpur, the first Calke Baronet, was born.