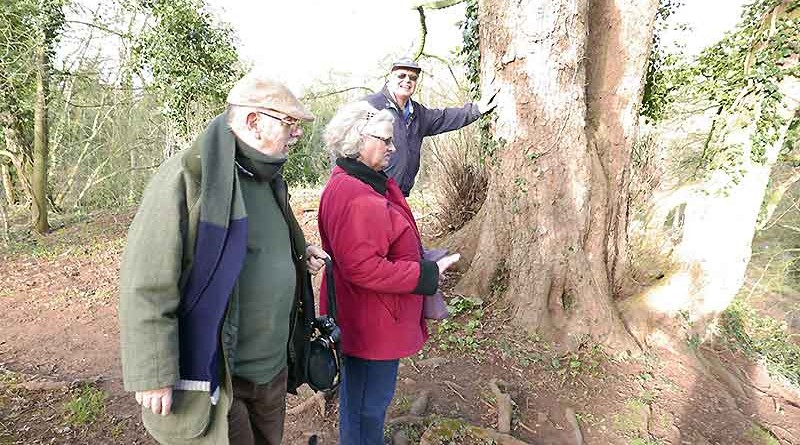 Canadians Jane Roberts and husband Malcolm are in Ticknall exploring the places where Janes ancestors lived and worked in the days when beer, bricks, malt, pottery, coal, lime, bread, tailoring, education and veterinary services (to name but a few) were all sourced locally.

Janes ancestors include two prominent locals Rowland Ordish and William Garrard who were ‘Farmer – Lime burner’ and ‘Veterinary – Lime burner’ respectively during the mid nineteenth century. Roland sold out to William in December 1855.

Local historian Stuart Woodward joined them on their visit to the Limeyards to help them get a feel for what life was like for their families living in Ticknall in the days when the population was twice its present level, and the air was laden with a heady mixture of dust and fumes from the limeworks together with the sweet smell of malt and beer and freshly baked bread.

In our main picture, Malcolm and Jane are looking down into the remains of the entrance to the mined area of Portobello Pit while Stuart Woodward looks on. In the second picture, Malcolm is seen outside Derby House, a former home of Rowland Ordish.