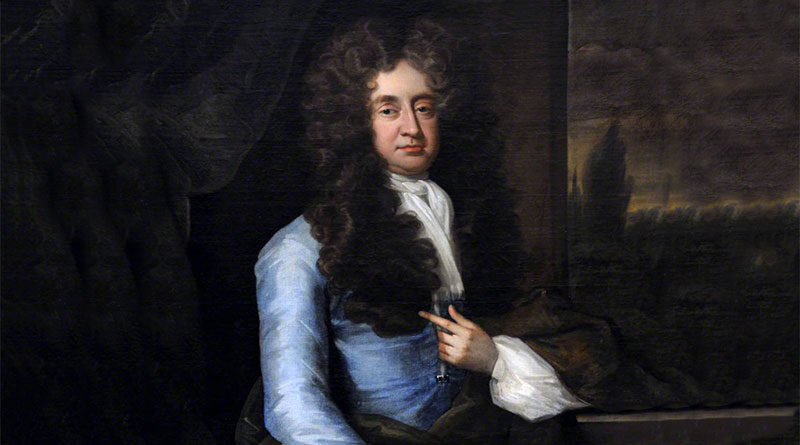 John was born in 1645 and was educated at Queen’s College, Oxford. Like his father, we have little knowledge of where he went, what he did, etc.

However, it is in his marriage that the chief interest lies. He married Anne Willoughby, daughter of the 6th. Lord Willoughby of Parham. Nothing spectacular about that except that, towards the end of the 15th Century, the first Lord Willoughby of Parham was William, the grandson of Sir Christopher Willoughby and Margaret Jenney, the same family to which the last occupant of Calke Abbey belonged. William’s older brother inherited the family title of ‘Lord Willoughby D’Eresby’ and he established the line that came down through to Belton House, Nr. Grantham, now a National Trust property.

Anne’s sister, Frances, married three times. Firstly, she married John, son of Sir John Harpur of Swarkestone and Breadsall. However, her husband died before his father, whose death, in 1679, brought the Swarkestone and Breadsall estates to the Calke line, adding around £3,000 (nearly £500,000* today [no income tax]) a year to their income. Secondly, she married Charles Kirkhoven (van de Kerkhoven). He was Dutch-born, had been created Baron Wotton by Charles II, and had now become Earl of Bellomont (sometimes Bellamont), an Irish peerage. On his death, she married for a third time, to Henry Heveringham, a Suffolk politician. However, she preferred the title of Countess Bellamont and used that form of address until she died at Swarkestone in 1714.

There is no portrait of Anne Willoughby at Calke Abbey. However, we are able to provide her likeness, through the kind permission of Robin and Katie Neilson, of Catton Hall. (Nicholas Wilmot, of Chaddesden, had married Dorothy Harpur, daughter of the first baronet and was, therefore, the 3rd. baronet’s uncle by marriage. The portrait had moved through the years until it ended up at the Wilmot-Horton seat at Catton Hall).

Before we leave the 3rd. baronet, let us look at some of the other connections linked to him and his wife.

Charles Willoughby, 10th. Lord Parham (there were only 6 years between the 6th. and 10th. barons) married Mary, daughter of Sir Beaumont Dixie. He was the son of Sir Woolston Dixie and Barbara Beaumont. She was the daughter of Barbara Beaumont who, as Barbara Faint, was the wife of the 1st baronet Harpur.

A portrait of Viscount Cullen hangs in the Saloon of Calke Abbey.

There is a very complicated relationship between the Cullen, Warren, Willoughby, and Harpur families. For instance, the Cullens had a distinct liking for ‘Charles’ as a forename, the Harpurs, ‘John’ and both the Willoughbys and the Warrens went a bundle on ‘Ann ‘.

I have, therefore, chosen the relationship of each to Ann Harpur, the sister of the 3rd. baronet, who married Borlase Warren, to be the focal point.

They must have had fun with Christmas greetings!

Incidentally, although Cullen was an Irish peerage, the family, so far as I know, never went there but lived locally to Calke, at Rushden.