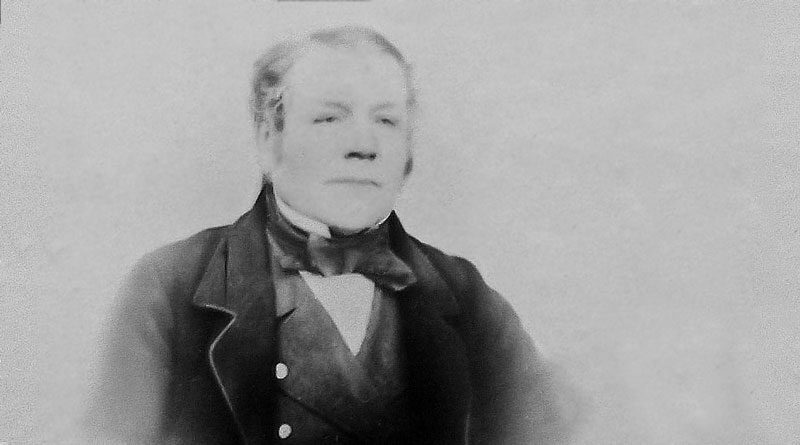 Becoming a Butler was the pinnacle of a man’s career in service. Generally, it was the highest-paid role (although Calke demonstrates that was not always the case, as the Head Gardener took that position) and you were definitely in charge. It was usual to start as a Footman and work your way up, however you needed to move to climb the ladder. It was very unusual to be promoted ‘in-house’. The exception to that rule can be found at Calke, in the guise of William Sutton.

William was perhaps the exception to the rule because he was so well thought of by the family. And it was not the only rule he was allowed to break. In 1837 he married one of the housemaids. Fraternisation between the servants was most definitely frowned upon, but it seems Mary Dean was also a well-loved servant. This is the extract from the same Servants book as above.

‘Mary Dean left her service on 13th Nov 1837 having been, on that morning, married to Will Sutton, Butler, having proved herself, one of the very best and most faithful servants that ever entered a family.’

Butlers were encouraged to marry as it was thought it was a steadying influence. William and Mary would have lived in a cottage in Calke Village. Unfortunately, they were not blessed with children and eventually Mary returned to work at Calke as Head Housemaid.

As Butler, William travelled with the family to organise their household wherever they were and in 1841 he is in Tattingstone, Suffolk with Lady Jane and the children (Sir George is in London) and Mary is back at Calke, busy with spring cleaning the house. [3]

By 1851 the family had found a new role for them. They were living at Warslow Hall, the family’s Staffordshire Moors residence, looking after it and keeping it ready for when the family visited. Sir John had inherited Calke in 1844 and I would think that he wanted to create his ‘own household’, but because of their love and affection for William and Mary, he offered them this new role. They remained at Warslow until their deaths; Mary in 1864 and William in 1867.

‘On Christmas Day at Warslow Hall, Staffordshire, where for many years he had been the highly respected house steward of Sir John Harpur Crewe, Bart, Mr William Sutton, in the 72nd year of his age.’[4]

A good butler was also a wine expert. The word ‘Butler’ derives from the old French word ‘Boutilier’ meaning a servant who looked after the casks and bottles. We have a couple of Wine Cellar ledgers in the archives where the Butler kept account of the amount and vintage of each bottle of wine and spirit. He would advise the Master on which wines to buy too.

The family ‘plate’ or silver also came under his charge and, as at Calke, the butler’s room was often near to the silver safe. But their main responsibility was the dining room and they would be in charge at all meal times whether a formal dinner, breakfast or afternoon tea in the drawing-room. All these skills would be learnt ‘on the job’, working his way up from Hall Boy, to Footman and then Butler.

William Everitt Daff was a typical servant in this respect. However, rather untypically, he worked his way up the promotion ladder in one household – Calke.

William was born in Theddlethorpe (near Mablethorpe) Lincs in 1892 to John and Mary Daft.[5] (William was born with the surname Daft, but along with his brother Arthur he changed it to Daff later in life. Originally the word ‘daft’ meant mild and well-mannered but changed to mean stupid. The brothers might have changed because of that reason.) John’s family, right back to his great-great-grandparents, were all small farmers or agricultural labourers and stayed in Lincolnshire.

William is at Calke by 1910 at the latest because he is on the 1910 photograph named ‘Billy’, and in the 1911 census he is described as ‘Hall Boy’.[6] This was the first step on the ladder for a male house servant. The job had little to do with the Entrance Hall though. William would be serving in the Servants Hall and carrying out lots of menial tasks like cleaning the servant’s boots.

He worked his way up to become a footman by at least 1914. In 1914 William, with three other young, male servants went to Derby and enlisted. He joined the 22nd Battalion Royal Garrison Artillery as a gunner on 16th November. He declared that his occupation is Footman and his address is Calke Abbey.  It states on his war record that he was posted (I presume for training) on 24th December and then posted on 31st December ( I presume to France). On 11th February 1916, he was re-appointed, like thousands of men were after the forced mass reorganisation of the army, and he was then in 18th Company R.G.A. He was promoted in July of that year, but it not clear what his rank was. On 5th October 1916, William was discharged being declared ‘no longer fit for service’.[7]

He returned to Calke as Butler. I’m sure Vauncey would have welcomed him with open arms; after all, he was a war hero and someone who they knew was a good worker. The first definite mention we have of him is in the Account book of 1917 when he is described as Butler. He is mentioned in 1924 in Vauncey’s will, which leaves £50 to William Daff, Butler  ‘if he is still in my service.’[8]

In 1939 William was Butler for Mrs Hilda Wills, the widow of a Barrister at Hamswell House, Sodbury, Gloucestershire. It was not a large household; with 6 indoor servants, a chauffeur and a gardener. William was also an A.R.P Warden during WWII.[9]

William returned to Lincolnshire at the end of his life and died in Grimsby on the 9th March 1947.

Next article, The Housekeeper