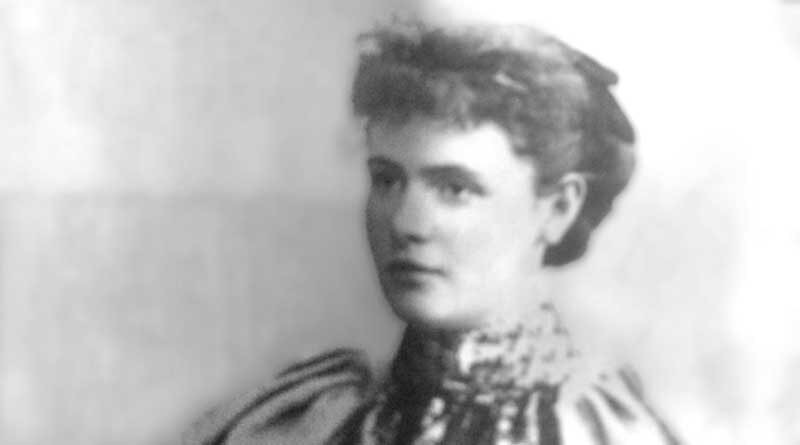 The mistress of any large, wealthy household needed to maintain an immaculate appearance and she needed help to do this.[1] For a start, it would have been almost impossible to dress herself, given the corset lacing, fiddly fastenings and voluminous fabrics of a large swathe of Fashion periods. Hence the need for a Ladies Maid. The very nature of the role meant that you got ‘up close and personal’ with your female employer so apart from being a good hairdresser, needlewoman and laundress, one of the main things expected of a ladies maid was trustworthiness. Not only because she would be handling very expensive pieces of jewellery, but also because they would often be party to conversations that the family would not want to be spread around.

You didn’t just need a reference, you needed an excellent reference and the mistress of the house would often be involved in interviewing prospective young women for the role when normally she would not be involved at all with the appointment of other female servants. They spent a lot of time in each others company, so they needed to be compatible.

Emma Gitton was Ladies Maid to Lady Georgiana for 8 years from 1875.[2] She was born in 1839 in Badger, Shropshire and her family were Agricultural Labourers.[3] At that time it was usual for the young girls in families like these to go into service as soon as they were old enough, sometimes as young as 10 years old. Emma was probably in service somewhere when she was about 13 years old. She was a House Servant in 1861 for the Fullerton family who were on holiday in Devon at the time.[4]

When she came to Calke as Ladies Maid in 1875,  it was probably not her first position. Lady Georgiana would have expected an experienced servant. According to her descendants, who kindly gave us a copy of her photograph, Emma Gitton was a very good needlewoman and talked about travelling extensively with her Ladyship. To reflect the closeness of their relationship, when Emma left in 1883 she was given a cream china jug and a glass vase, but more importantly some Westminster Bank shares, which made a good deal of money when cashed in a few years ago.

It was a role that involved long hours. The Ladies Maid would be up before her ladyship to prepare her clothes for the day and could not go to bed until after her ladyship had retired. Depending on the timetable, a lady might change her outfit 3 or 4 times a day.[5] Emma would have been in charge of the storage of all her ladyship’s garments, and coat hangers were not in general use until the beginning of the 20th century, so everything had to be folded. There was a real skill to this to try to prevent the constant need for pressing a garment every time it was needed.

Isobel Crewe’s Ladies Maid was Emily Thompson, born in 1874 in Wareham Dorset to a family that was struggling. Father Alfred was a Labourer and Emily had 6 siblings. They could not even afford to look after her grandfather John Thompson who at age 86 found himself in the Workhouse.[6] In these circumstances, Emily would have started in service at a very young age, in order to contribute to the family’s finances.

In 1891, aged 16, she was a House Parlour Maid for a solicitor in Somerset.[7] There was only one other servant, the Cook, so basically Emily would have been doing everything else. I couldn’t find her in the 1901 Census but a recent contact with a descendant suggests that she was in Austria working for a family there. She came to Calke around about 1904.[8] She joined Margaret Curley who was the ‘Young Ladies Maid’, meaning that she looked after Vauncey and Isobel’s daughters.

She appears on the 1910 photograph along with Margaret Curley. Hilda Moseley kept Margaret on when she inherited Calke but as Housekeeper.

Emily remains with Isobel until her Ladyship dies in 1932 and such was Isobel’s love and respect for her she leaves her £1000 in her will (a huge sum in those days, the equivalent of £48,000 today).[9] Emily moved down to Bournemouth, a popular place for retired ladies such as ladies maids and housekeepers. She died two years later leaving a very healthy legacy of £5401, about £270,000 today.[10]

Next article: The Footman