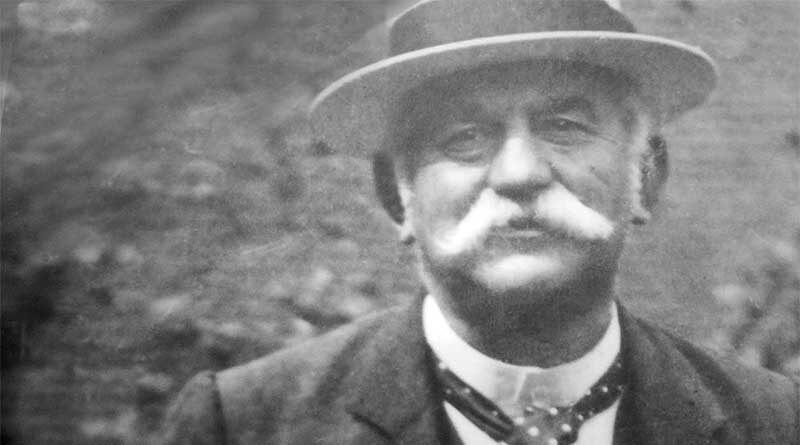 Houses and estates the size of Calke needed a lot of managing by someone with skills way beyond that of the owners. The two jobs were usually carried out by different men. However, occasionally, depending on circumstances such as the size of the estate, or what the finances would allow, it would be done by the same man. Where Calke was concerned it varied.

The difference between the two roles could be blurred but basically, a Land Agent dealt with all the business of the wider Estate. He would supervise the farming of the property by the labourers or tenants, collecting rents and other payments. This would include not just the immediate Estate but the wider holdings of the family, such as the estate at Warslow.

Thomas Jnr. married Elizabeth Battelle in Melbourne in 1811 where he described himself as a Mercer, meaning he was a merchant dealing specifically in Textiles.[2] They lived in Ednaston where Thomas was a farmer. I would think that his experience as a businessman and a farmer, along with his father’s experience in the job would have made him a good candidate. Sir George would also have known of him through his father.

Their only child, Lucinda Battelle Grime was born in 1825,[3] and then sadly his wife Elizabeth died in 1833.

At some point between then and 1837, Thomas and his daughter made the move to Ticknall to become Sir George’s Land Agent.[4] He was Land Agent, and I think, in the early days, House Steward too for a short while, from 1841 to 1857. However, in the Census Returns 1851, 1861 and 1871 Thomas still continued to call himself a Land Agent even when he was 82 years old. [5] He died in 1872 and was buried in Ticknall. An oddity can be seen on his daughter’s headstone:

His daughter Lucinda married Edwin Dolman, a surgeon from Melbourne, who practised in London. They had one child also called Lucinda but tragically her mother died later that year. She was buried next to Thomas at Ticknall, with an addition at the bottom of the headstone saying ‘And also their only child Lucinda Grime born Jan 14th 1849. At rest.’  The oddity is that it was not Lucinda, Thomas’ daughter, but his granddaughter Lucinda Jnr. that was born on that date and she lived to the ripe old age of 80, dying in Upton-upon-Severn in 1930. As stated above, Thomas’ daughter was born in 1825,[3]

Not long after Thomas started at Calke Sir George engaged a House Steward to take over those duties from Thomas. His name was Charles Palmer, but he didn’t have such an obvious route into the post. He was also a local lad, born at Heath End into a farming family. He first appeared in the Calke Records as a Gamekeeper in 1831, earning the rather unusually high sum of £80 per year. Eight years later he became House Steward, almost doubling his salary in the process. Charles must have been well educated in order to keep detailed accounts and to deal with all the business that running a large house entails. So it seems odd that he started as a Gamekeeper.

The House Stewards duties included the hiring, firing and organising of the staff, ordering the food and supplies, keeping account books and undertaking sensitive duties on behalf of his employer. He took care of the valuables and organised the movement of people and possessions wherever the household moved.[6] At Calke this could have been to their London house or to Warslow for the shooting season.

Charles would have had his own office at Calke. This was, as was usual in similar establishments, close to the kitchens, housekeeper and butler’s rooms. It was in the kitchen corridor with easy access from the outside for tenants to pay their rents and discuss problems, and for suppliers to present their bills and get paid. A cold and damp room now, but with a fireplace then. 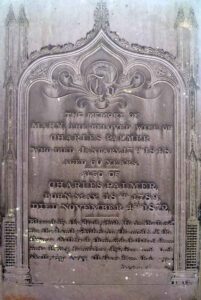 Next door was the Muniment room where valuables were kept as well as all the estate Documents, Ledgers and Account books.

He lived in the Heath End area of Calke in a house called ‘The Parsonage’. (Now demolished.) He had married Mary Swindells on March 23rd 1833, in All Saints Church, Derby, before he became House Steward. They were both 45 years old at the time and they had no children. In 1841 Charles had described himself as a farmer on the Census.[7] Sadly, 7 years later Mary died and was buried at Calke in 1848.[8]

Charles remarried in 1857 at Calke to Mary Bate from Derby. He was 65 years old and Mary 22. They had 2 children, Marian and Charles Henry.[9]

Charles died in 1872, after 40 years of working for the Harpur Crewes.

From around 1897 to 1914 the House Steward was James Willder. Born in 1848, the son of a farmer in Burnaston, he was educated at Repton School, before gaining farming experience on his Uncle Samuel’s large farm in Brentingby, Leics.[10]

On 21st November 1897 he married Annette Oldbury Moore at Calke,[11] and this is when he began his 17-year association with the Harpur Crewe’s. As House Steward, he was given a substantial house in Calke Village, The Gables (now Dummelows farm). They had two sons and Vauncey paid for their education at Repton School.

In smaller establishments, the Butler would carry out the House Stewards role as well as his own, but the size and complexity of the Calke House and Estate warranted someone experienced in that particular role. The Stewards Account Books from Calke are incredibly detailed and offer a unique window into life at Calke.

James’s wife Annette died in 1912, but James married again the following year to Edith Annie Edwards. James was 65 and Annie 23. She bore him twins soon after. He retired in 1914 and moved to Albert Village where he died at the ripe old age of 92.

Next article, The Nanny and the Nursemaid