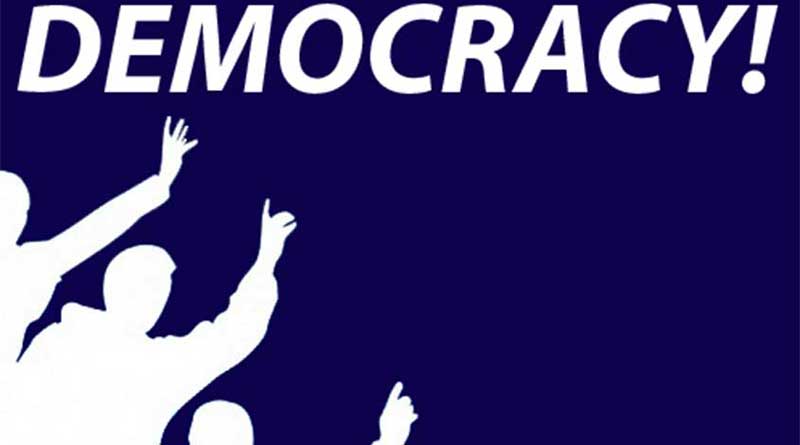 Democracy. What other system of government could you even think of? We Brits love our parliamentary democracy and we are fiercely proud of our ‘Mother of Parliaments’, a model of democratic government that has been exported over much of the world.

However, few of us would argue with Winston Churchills assertion that “Democracy is the worst form of government except for all those others that have been tried.”

Indeed, a cursory glance around the world shows us that it is certainly not a perfect system of government.

In fact, it is fundamentally flawed.

Have you ever wondered, for instance, why it is – setting aside natural disasters and the like – that democratically elected governments around the world are unable to deliver some measure of economic stability so that we citizens can get on with working hard to produce the wealth and prosperity that everyone desires? Why do we all stagger from unsustainable boom to painful bust and then back again time and time again? Why is it that (almost) every country is either bankrupt or teetering on the edge of bankruptcy, crippled by debt? Why does sovereign debt – and private debt – inexorably rise year by year?

And the cruel irony is that Greece – the cradle of democracy – and the United Kingdom are among the most indebted of all! Britain now has more debt as a proportion of our economy than Italy, Spain, Portugal and Greece.

Well, if you have been lying awake at night worrying about this – and who hasn’t, at least some of the time – then I am here to help. You see, the simple fact is that it’s your fault. Well, not just your fault, but you and others like you. OK, perhaps I should just say it’s our fault.

But what is it about us and democracy that is so wrong?

Well, that’s the easy bit. We have known it all along, of course; it is the simple fact that we voters are always persuaded by politicians that they really can pull the rabbit out of the hat. Yes, of course, we can have more hospitals, schools, houses, roads, welfare, sports facilities, smart televisions, or whatever. Yes, of course, we can have something for nothing! Just vote for X (or Y) and it will happen.

We seem to completely forget that these people are politicians; they can do nothing without power, so it’s the only thing they are thinking about. And they want it so much that they will stop at nothing to get elected.

You would think that if we had half a brain between us we would tell them to go take a running jump and then vote for the other lot. Yes, I know – you are ahead of me already – the problem is that the other lot are promising pretty much the same.

And if there was an alternative – a sort of ‘welcome to the real world’ party – telling it like it is, they would all lose their deposits. So we vote time and again for the charlatans with the best offer. And we call it Democracy!

So how do we face up to the shame of borrowing money off our children and grandchildren in the certain knowledge that they will never get it back? How do we break the cycle of ever more complex and misleading ways of spending our children’s money? What can we do about it?

Ah! That’s the difficult bit. I don’t know, but if we don’t find a way, the outcome will be too painful to imagine.