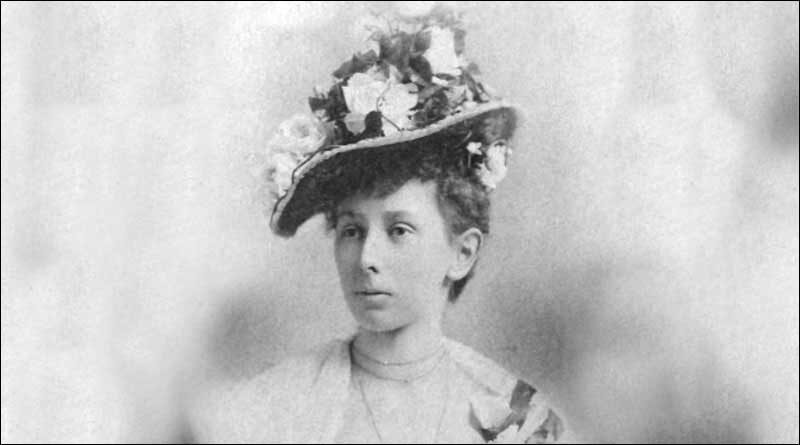 Visitors to Calke Abbey are sometimes puzzled by the names that occur in the last few generations of the Harpur Crewe family; for instance Airmyne and Vauncey. They seem to have been revived by Sir John, the 9th baron, who appears to have had an interest in the family background.

Most sources seem to start the study of the Airmynes at Osgodby, Lincs. In around 1349 (dates are mostly approximate) Sir William Airmine settled there. However, the story goes back a long way before that, to 1164 when Gilbert settled in South Yorkshire at a place he called Newland-upon-Aire. About two miles from that settlement the Aire met the Ouse and there was an Anglo-Saxon village called (and, again, the name underwent many changes of spelling) ‘ereminie’ which some say meant ‘at the confluence of rivers’. Gilbert’s son took that name and became John de Airmyn.

Although the name is largely unknown there have been some notable members of the family, some good and some – well, not so good. For instance, another William Airmyn was Keeper of the Great Seal and sat in the Parliament which Edward II called in 1306-7. He was Master of the Rolls and, by a series of questionable ‘political’ activities with the Pope in Rome, contrived to get himself appointed Bishop of Norwich – remember that, at that time, Norwich was the second largest town in England, after London. He linked up with the Archbishop of York’s forces in the First War of Scottish Independence but, at the Battle of Myton, Robert Bruce’s forces soundly defeated them and William was taken prisoner and was held captive for several months. He died in 1336 and one contemporary described him as ‘crafty, covetous and treasonable’. Nobody argued.

Yet another William (living around 1409, was treasurer of Calais. This William, by marrying Joane, daughter, and coheiress of Nicholas St. Mark acquired the manor of Osgodby, in Lincolnshire. He was also the commander of the ships assembled at Boston, Lincs. (their son, another William, was with John of Gaunt in Spain and, also, Treasurer of Calais).

Jumping forward, he was created, in 1619, a baronet and the marriage of his son to the daughter of Sir Robert Crane and, through their daughter, the entrance into the Crewe family tree. In her second marriage, Anne Woodhouse (nee Airmyn) married the second Baron Crewe and became the mother of Catherine who, of course, married Sir John Harpur, 4th. Baronet.

Again, this is the bare bones of what is a somewhat involved story but covers the basic ground.

Whereas the origin and track of the name ‘Airmyne’ is fairly easy, that of ‘Vauncey’ is somewhat more complicated. We know where it sits in the line of Crewe descent but its origin is obscure.

The only reference to the family that I can find is in Clutterbuck’s ‘History of Hertfordshire’ where it is stated that the heiress of William Creke was his niece, Johanna. She was the daughter of Edmund de Vauncey and Joan Creke, Willian’s sister.

The estate would, normally, have gone to her brother but he died ’on the feast of the Annunciation’ in 1396, just before the judgement was made.

The above is a simplification of what was quite a complicated legacy situation regarding the estate of Lockley (now part of Welwyn Garden City). This estate had been in the hands of the de Valence* family.

It may be sheer supposition to think that the name ‘Vauncey’ is a corruption of ‘de Valence but, in a time when things were written down as they were heard, stranger things have happened. In the pedigree drawn up by Rouge Dragon for Sir Henry, the 7th. Baronet, on his application for the restoration of the Barny of Crewe, it is stated that, after Edmund de Vauncey’s death, Joan married into the Mountchauncey** family. Clutterbuck, however, states that she married Thomas Prior. It could be, therefore, that the marriage listed in the pedigree is a third marriage.

*The name ‘de Valence’ was the family name of the Earls of Pembroke who held lands in Hertfordshire. They also held lands in Kent – Sutton Valence, not far from Maidstone, and that’s where we’ll catch up with Sir George Harpur (1503-1558) who, it seems, was anything but a ‘quiet country squire’.

**Thinking of the altering of names over time, the Mountchauncey family’s name came from ‘Munchensi’, which, in turn, came, through various translations, from ‘Monte Casino’, in Italy.